It’s important to improve Energy Efficiency. In the UK in 2016, for example, domestic energy use was second only to energy used for transportation, writes Brian Davison: 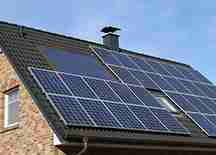 Most countries in the world recognise the threats associated with global warming, and have committed to binding targets to reduce their greenhouse gas emissions. In very general terms, there are two parts to a solution: cleaner energy which does not produce emissions in the first place, and reductions in energy demand so that any remaining emissions are minimised. The former is more exciting in many ways since it involves the development of new technologies, stand-offs between fossil fuel companies and environmentalists and a great deal of political wrangling. The latter in contrast is much more staid, and often comes down to tightening construction regulations and improving the fabric of existing buildings. A quick look at official statistics however demonstrates the importance of improving energy efficiency. In the UK in 2016, for example, domestic energy use was second only to energy used for transportation (Figure 1).

Because of the cold climate of the UK, space heating accounts for about 75% of domestic energy use, and so the thermal performance of homes is a major factor. In draughty buildings or those with poorly insulating walls, roof and windows, a lot of energy can simply escape. New properties must conform to the current building standards regulations which are updated on a regular basis. Older buildings are more of a problem, and in the UK around 75% of housing stock was built prior to 1980 (Figure 2). These properties need to have energy efficiency measures retrofitted which is a complicated and expensive business.

One of the ways in which governments try to improve building performance and thereby reduce emissions is though incentive schemes aimed at encouraging home owners to invest in measures to reduce heat loss. Like any government programme, it is vital that grant money is used effectively, especially with retrofit cases. Before making money available for, say, solar panels, it is important to consider whether there might be more effective measures for a particular property. Knowing the type of building construction is part of the equation; the rest is knowing how the occupants use the building.

Usage models are supposed to provide that insight, but they are very imprecise. For one thing, current models such as BREDEM and the Standard Assessment Procedure (SAP) were originally created in the 1980s, and although they have been updated since then, their underlying design reflects the concerns of that time rather than those of today. Secondly, current models embody statistical assumptions based on relatively small data samples. As a result, they can be wildly inaccurate – one study in 2013 found that the 2005 version of SAP over-estimated energy savings from standard measures by around 77% (Affinity Sutton, 2013). As part of its current commitment to reduce emissions by 42% by 2020, the Scottish Government commissioned an updated model, DEMSCOT, from Cambridge Architectural Research Ltd. (The Scottish Government, 2009). Although based on more recent thinking, DEMSCOT still suffers from a lack of measured data on which to base its predictions (Wood & Baker, 2017).

The problem is that houses are private space, and monitoring how people behave in their homes is necessarily intrusive. Current models rely on a combination of standard questionnaires and rare site visits to inform their assessments. However, some new trends in the technology domain may be able to provide a solution. Firstly, many more households have fast and reliable Internet connections that they used to. 90% of households in the UK now have an internet connection compared to 57% in 2006 (ONS, 2017). The second trend is the growth of the Internet of Things (IoT), exemplified by the current crop of television advertisements for systems that allow users to control their home appliances from their mobile phones. Home automation and digital assistants like the Amazon Echo are now everyday concepts and if current trends continue, they are set to outnumber the human population of the world by 2020 according to Ronan de Renesse of research and consulting firm, Ovum (De Renesse, 2017).

The continued rise of the open source movement constitutes the third trend. What started as a geeky pastime has now evolved into a major sector of the technology industry with professional standards as high as many corporations. Most open source products such as Linux and GIMP are free to use, at least in a basic form, and where there are real costs they are kept to a minimum on principle. Thus, open source has many appeals, from the collaborative spirit of the development communities to the egalitarian way in which it shares its benefits with the wider world. Open source hardware, while not as well-known as its software counterpart, embodies all of the same qualities of low-cost, do-it-yourself enthusiasm. Popularised by the Arduino family of microprocessor boards, open source hardware makes the development of embedded and sensor-based systems accessible to anyone with a few pounds to spend and a modicum of patience and application. The range of components available is now vast with dedicated companies such as Adafruit supplying a constant stream of novel gadgets to the community.

The low cost of components is common to both the open source movement and to the Internet of Things. While today’s home automation products are relatively expensive, the real benefits of IoT can only be realised once there are thousands of interconnected sensors in a network, and for that to happen costs need to be rock-bottom. Some components such as the ESP8266 from Chinese company Expressif Systems already packs an impressive array of features into a package about two square centimetres in size for around £3 per unit. 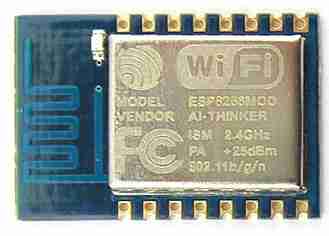 As well as a 32-bit processor running at 80 MHz, the ESP8266 offers 36 kB of on-board RAM that can be expanded up to 16 MB, built-in analogue-to-digital conversion and integrated WiFi (AI-Thinker, 2015). In short, it has everything required to run a fairly complex IoT node. While WiFi transmission requires quite a bit of power, the unit can be placed into a ‘deep sleep’ mode when not actually working in which it consumes less than 10 mA. It also has the ability to operate as a WiFi client and access point simultaneously. This means that only one node needs to connect to the main access point in the house; the others can be formed into a rudimentary mesh network. This not only makes the network more resilient to the failure of any individual node; it also reduces connection bottlenecks and opens up the possibility of data caching.

Another result of the technical trends mentioned earlier is the growth in the number of cloud services aimed at supporting IoT projects. Cloud computing essentially offers users the possibility of access to services such as data storage, software applications and processing capability without the overhead of system ownership. In many cases the business model includes a basic version of the service which is free to use. Companies such as ThingSpeak, GroveStreams and ThingsBoard allow users to stream data direct from their IoT sensor nodes to custom-designed dashboards at no cost using open source messaging protocols like MQTT (Figure 4). 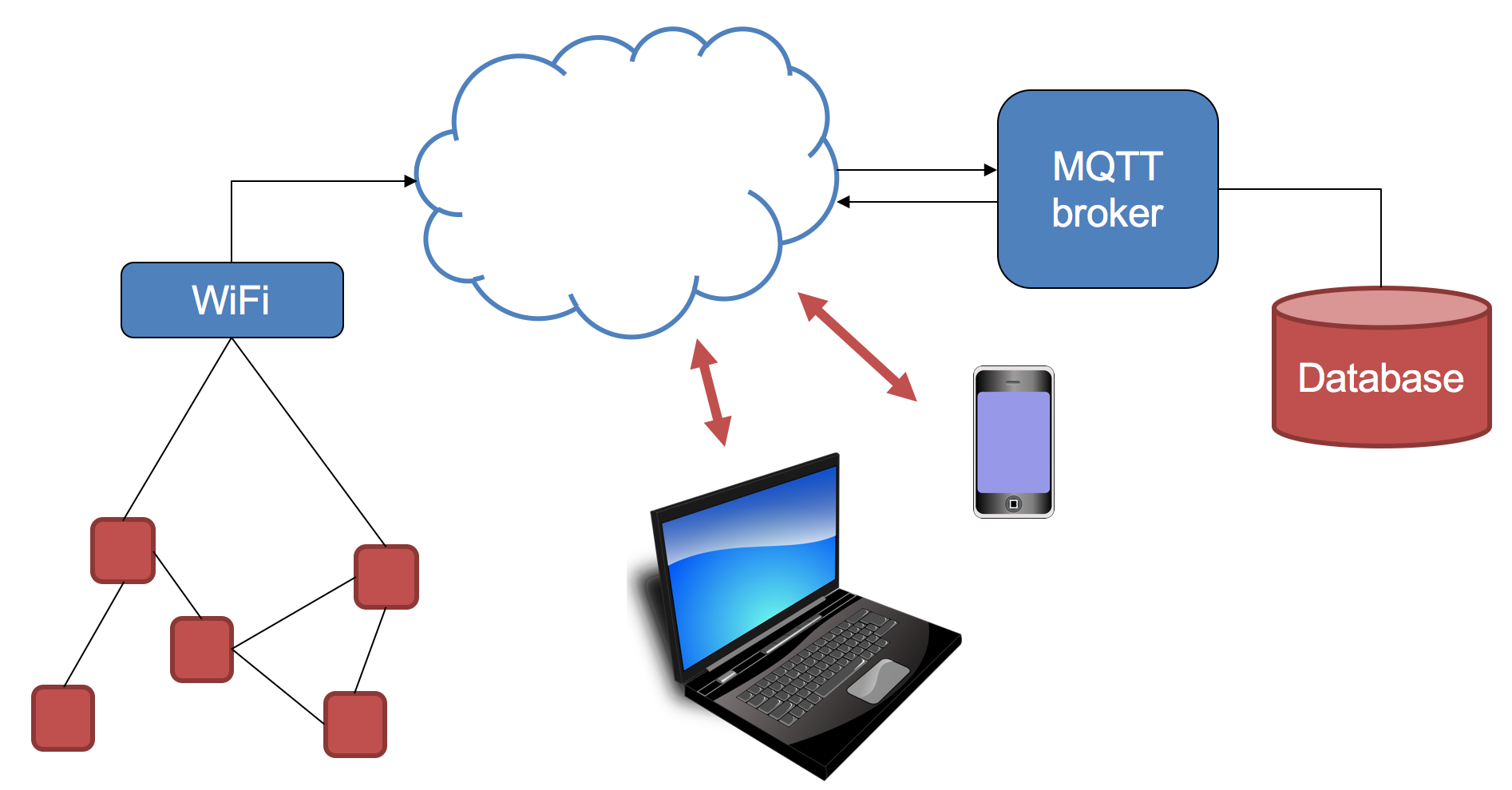 Figure 4: A basic low-cost open-source architecture for IoT. Networks of sensor nodes connect directly to an MQTT broker through the household WiFi. After that, the collected data can be consumed in many ways by different types of device.

All this means that collecting data from a vast network of sensor nodes is now cheap and easy. In fact, at the small scale an entire dwelling could be covered for about £5 per sensor node since the rest of the architecture can be built using free services. Since the ESP8266 is a general-purpose processing device, nodes can be configured with a range of sensors appropriate to the context from simple temperature and humidity probes through to more specific measurements such as overall electrical consumption. Of course, the initial effort to develop the control code and the node hardware would need to be factored into any system development, but that is likely to be much cheaper than traditional approaches.

So, we have the means; what about the motive? We still have the problem of persuading home owners to allow researchers to install networks of sensors in their property and to accumulate data about their daily movements. Seen from a different perspective, however, the problem becomes much more tractable. As noted above, the current trend is for greater numbers of people to spend their own money on high-end devices and services to provide them with information about their homes. The sensor architecture described here could just as easily be used by the home owners themselves to evaluate their own energy use behaviour with the system providing tailored recommendations for cost saving. Seen as a service rather than an intrusion, low-cost sensor networks start to look like an attractive proposition, especially if they also include some simple automation features such as remote control of lighting and appliances. Thus, we can create a win-win scenario in which both home owners and model builders can benefit from a large base of installed sensors. With a large-scale deployment, there would be a number of issues to consider including the security of the data. Despite that, the potential definitely exists to bring the can-do, collaborative attitude of the open source movement to the home automation field and to improve our understanding of energy use behaviour in the process.

Figure 4: A basic low-cost open-source architecture for IoT. Networks of sensor nodes connect directly to an MQTT broker through the household WiFi. After that, the collected data can be consumed in many ways by different types of device.