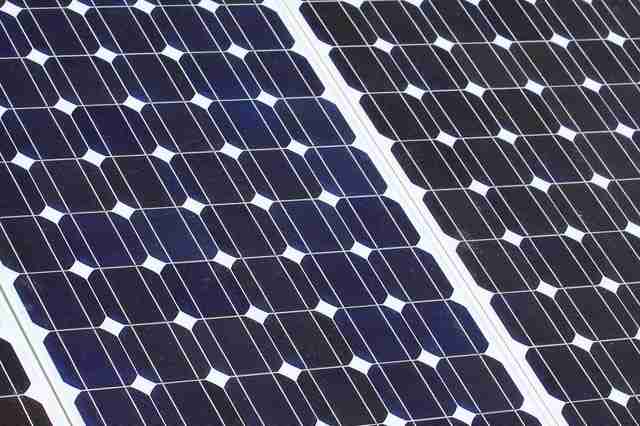 Support for module-level power electronics (MLPE) has grown recently in the U.S. Solar market in comparison with other solutions, writes Martin E. Herzfeld:

“The continued growth of MLPE technology in PV arrays is influencing system design an installation practices.”

Support for module-level power electronics (MLPE) has grown recently in the U.S. solar market in comparison with other solutions, such as traditional string inverters.  There are not only new code requirements that promote MLPE solutions, but also design, installation and support considerations, including ongoing operations and maintenance (O&M). In addition, there are performance and availability factors that support the use of MLPE systems with practical safeguarding. 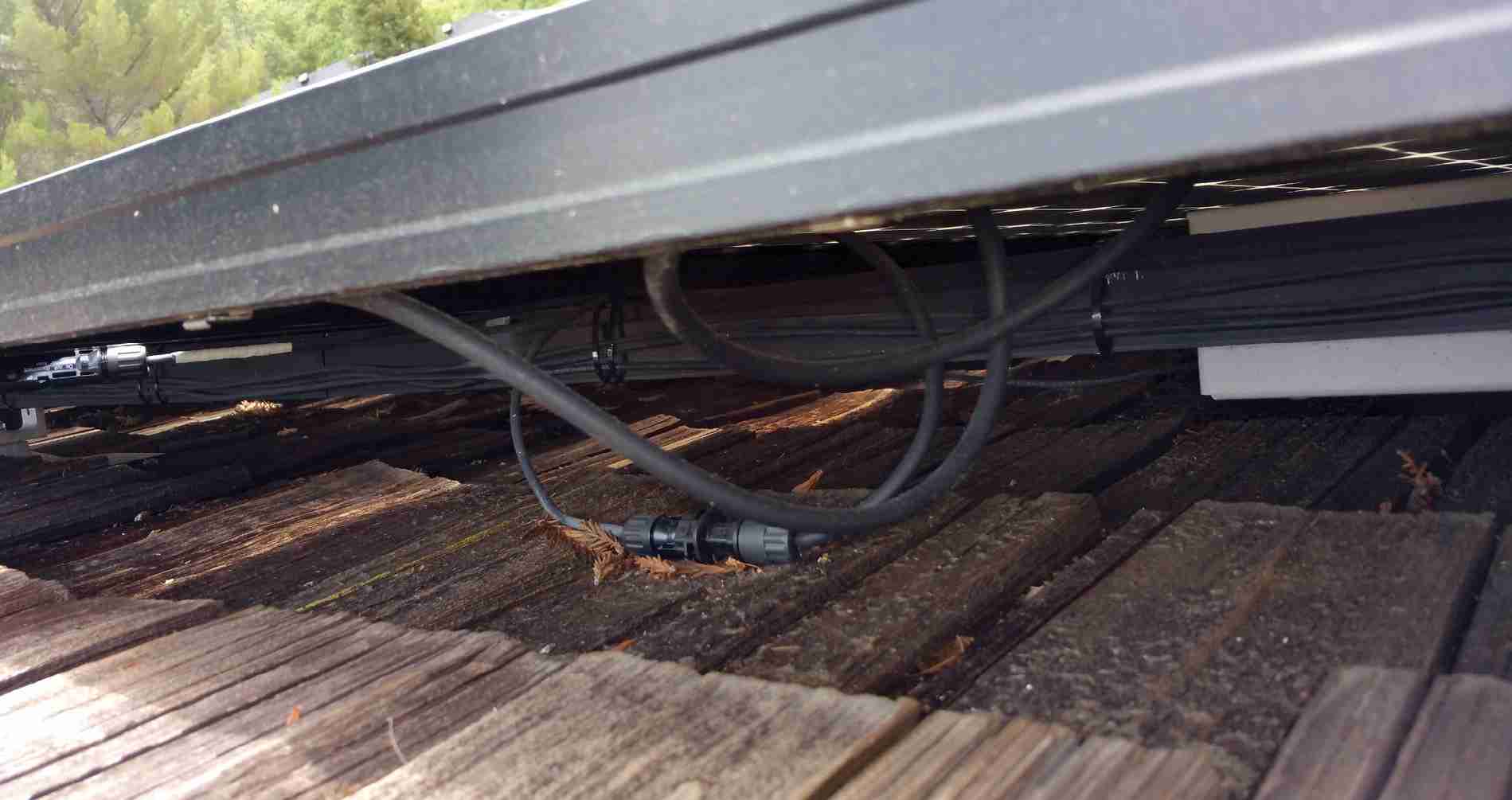 In a design comparison among string inverters, micro-inverters and DC/DC converters, a main difference would be the distance calculations on the DC and AC sides of the PV system. Because of the difference in voltage on the DC side, there is a difference in wire sizing due to voltage drop and power loss with higher currents.

Typically, there is less of a voltage tolerance boundary – for instance, ANSI C84.1 – on the AC side than on the DC side. However, for DC/DC converters, based on lower operating voltages and higher currents, conductor sizes in a ground-mounted system may necessitate larger wire sizes because of the distance not only on the DC side, but also on the AC side.  For systems where the distance on the DC side is greater – for instance, large ground-mounted PV systems, there could be an issue with DC/DC converters with data communications to the MLPE.

From a design perspective, voltage drop and power loss are the main considerations when assessing the AC inverter output circuit and DC/DC converters. Specifically in the situation of micro-inverters AC side, the wiring of the modules may have to be split to a junction box to minimize voltage drop. On the DC side, the ampacity calculations are simplified, considering the current at short circuit, maximum current and continuous current. Again, the conductors would be sized based on the greater difference between ampacity and voltage drop. 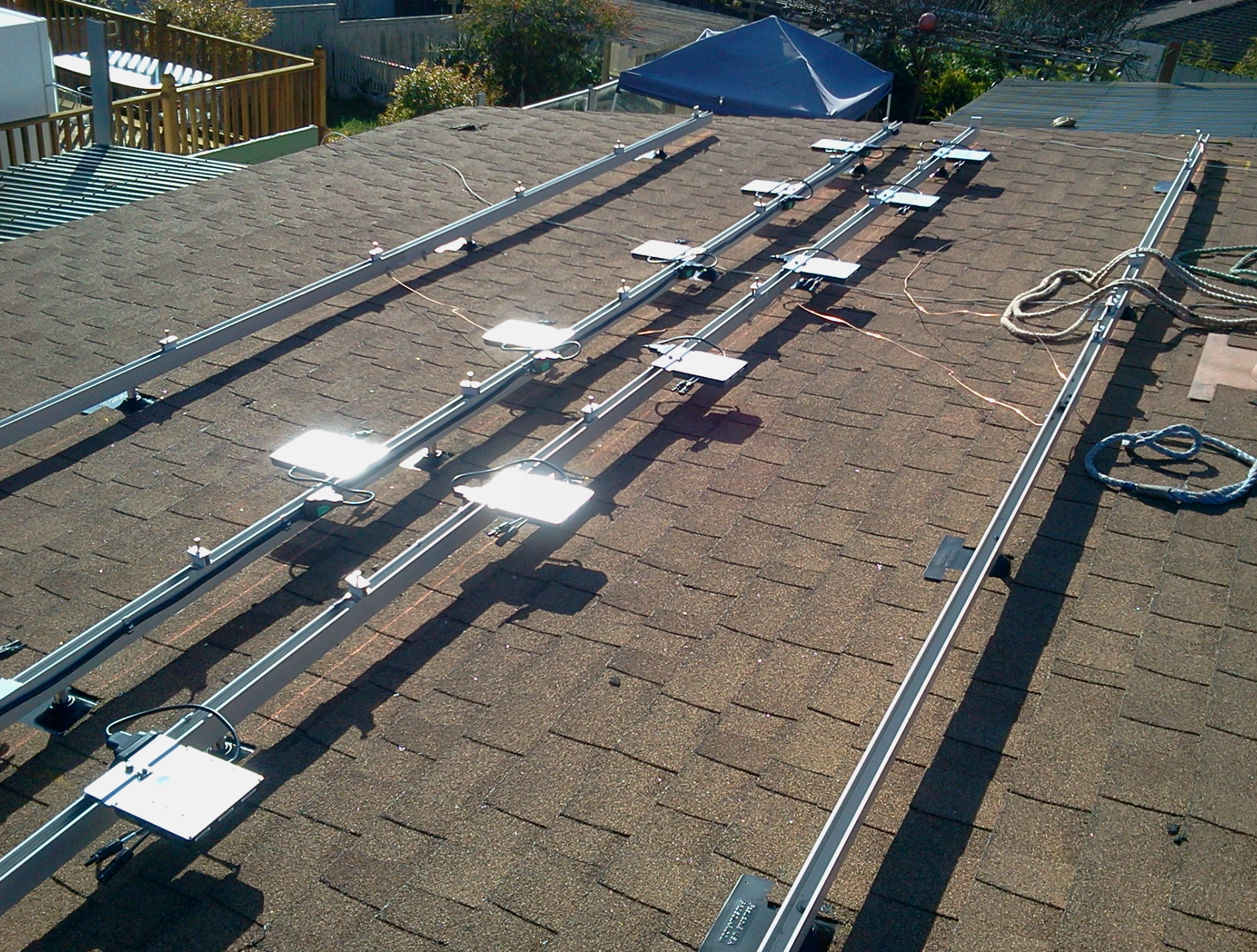 From an installer perspective, this may present an issue with accessibility and safety if there is an MLPE failure. In accordance with the National Electrical Code (NEC)/NFPA 70, on the rooftop, the MLPE become “accessible” but not “readily accessible.” Conversely, string inverter systems are typically “readily accessible.”

In situations where the fixed voltage of the photovoltaic output circuit is more advantageous in a DC/AC inversion, there may be comparisons in shading tolerance and differences in reliability. On the other hand, with larger power inverters, there would be reliability, availability and maintenance of the fans. Conversely, a micro-inverter solution would not require the maintenance of fans, but there would be other potential reliability issues in the MLPE in comparison to DC/DC optimizers and inverter components.

For example, in a traditional string inverter solution, every module in a string is affected by the failure of one module. This is particularly pronounced in systems with higher DC voltages and longer string lengths.  Specifically, for traditional inverter systems string lengths are based on the V(oc) of the modules, the MLPE solution may result in longer panel lengths for both microinverter and DC/DC optimizer solutions.

On the other hand, for traditional string inverter systems, the method in increasing the string lengths would be to raise the DC voltage of the array, for instance, to 600V, 1000V or greater.  As a result, the impact of a single defective module can be greater.  Conversely, in an MLPE solution, the effect of one defective module would be limited to that one module. In turn, the difference in overall system reliability and ongoing maintenance could be significant.

There are also issues related to arc faults. NEC 690.11 notes that “photovoltaic systems with DC source circuits, DC output circuits or both, operating at a PV system maximum system voltage of 80 V or greater, shall be protected by a listed arc-fault circuit interrupter.”

Because MLPE system solutions for modules are less than 80 V, from a support perspective, “the system shall require that the disabled or disconnected equipment be manually restarted” in accordance with NEC 690.11(2). The need for manual restarting affects the availability of the system.

Ultimately, both MLPE and traditional inverter systems must be serviced in some way when safety issues arise. In either scenario, qualified installers and O&M technicians should be deployed.

Another issue in the United States with ongoing support would be the ability work near an array in an emergency situation.  Code development continues in the issue of rapid shutdown NEC 690.12 with the various requirements meeting the MPLE solution. Traditional string inverters on rooftops will continue to be a challenge in the United States with specific equipment required on the rooftop to satisfy the code requirements for Rapid Sutdown and NEC 690.12.

From an inspection perspective, residential installations represent the bulk of the workload in most jurisdictions, compared with commercial and industrial PV systems. In the past, MLPE-based systems were difficult to get through the permitting phase, and post-installation inspections were more complicated because of the many disconnection points in the system. But today, MLPE systems are becoming common in the residential sector, and inspectors are more familiar with these increasingly popular installations.

Martin E. Herzfeld is an IREC Certified Master Trainer™ for PV Installation Professional – one in few awarded in California. As a trainer, he completed more than enough hours to meet the rigorous standard in a variety of settings including curriculum development for over 5 years, with high recommendations from both students and colleagues.